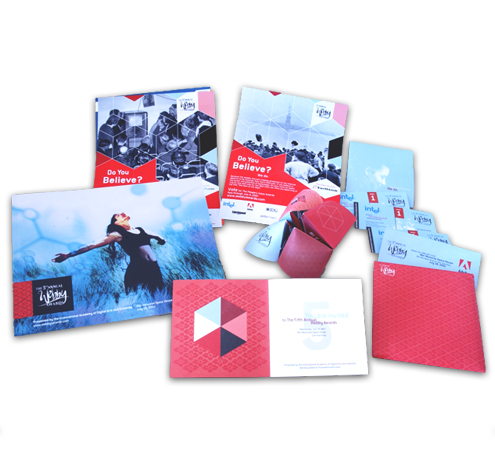 During our fledging years, we were asked to design the event collateral for the 5th Annual Webby Awards in 2001 by The International Academy of Digital Arts and Sciences (IADAS). Considered the “Academy Awards” of the Internet and symbol of success in this industry, the theme we created was “Do You Believe…” The depth and scope of the project allowed us the chance to flex our muscles by designing invitee and award websites, event theme, ticketing, event signage, invitations and the ad campaign. For us, it was a dream project realized.

In 2017, we are again honored with an invitation by the governing body of the IADAS to judge the 21st Webby Awards entries. We will be joining a notable list of Webby Award judges coming from a long line of former Webby winners, nominees and other industry experts who have demonstrable expertise in the categories they review. These experts herald from Internet professions across websites, advertising, media and PR, film and video, mobile sites and apps, social and podcasts and digital audio industries. Last year’s awards received nearly 13,000 entries from nearly all 50 states and 65 countries worldwide. Honor comes full circle.